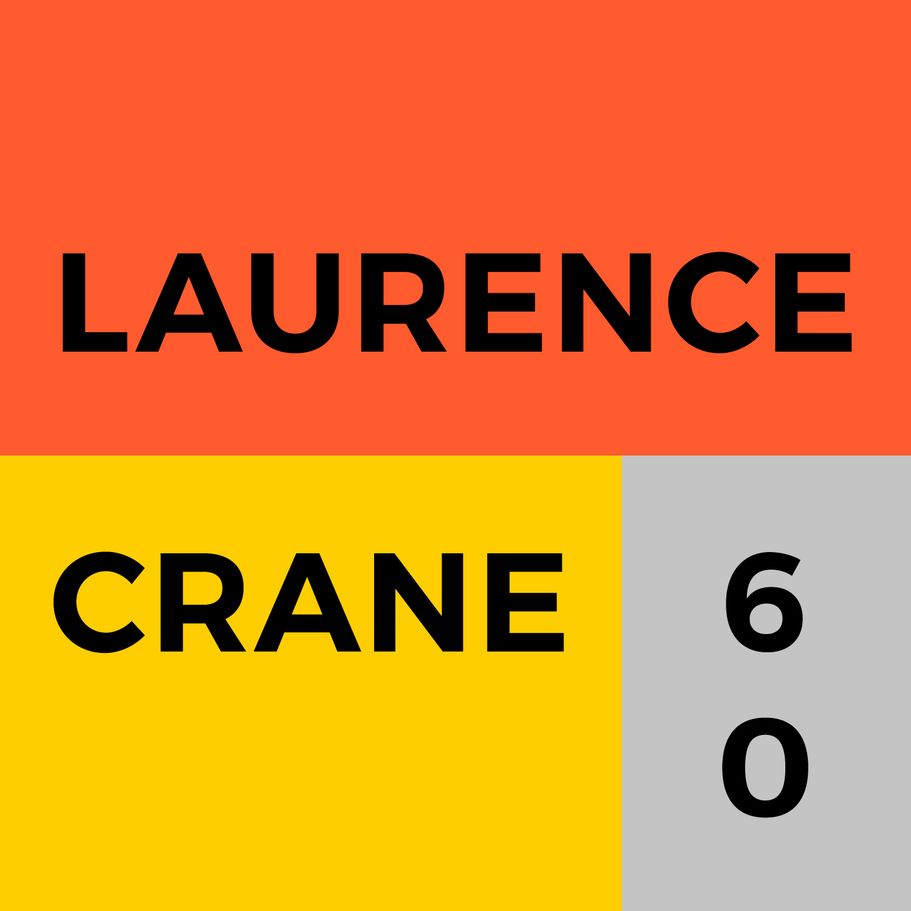 Laurence Crane was born in Oxford in 1961 and studied composition with Peter Nelson and Nigel Osborne at Nottingham University. He lives and works in London. His music is mainly written for the concert hall, although his list of works includes pieces initially composed for film, radio, theatre, dance and installation, and often incorporates electronic instruments into classical works and uses commonplace musical objects in new structural and formal relationships. Chords and intervals in their most basic state, arpeggios, drones, cadences, fragments of scales and short stepwise melodies are presented in regular and irregular repetitions or juxtapositions that are partly intuitive and partly structured according to a formal scheme. He invents a new context for these objects, to discover a fresh beauty in the familiar and the ordinary.

Laurence is closely associated with the British ensemble Apartment House, who have given numerous performances of his music since their formation in 1995. He has composed two pieces especially for the ensemble; Riis and John White in Berlin, the latter commissioned in 2003 by MaerzMusik.

Laurence has been commissioned twice to write for the Ives Ensemble; in 2003 he composed Movement for 10 Musicians, for the ensemble’s collaboration with Rotterdam Dance Works, followed in 2007 by Chamber Symphony. Plus-Minus Ensemble commissioned Octet for their concert in the BMIC’s 10th Cutting Edge season in 2008. Ensemble asamisimasa commissioned Sound of Horse in 2009, and in 2015 he was commissioned by the London Sinfonietta to write Chamber Symphony no.2 'The Australian'.

In 2006 he was commissioned by the Zaterdag Matinee concert series in the Netherlands to write West Sussex Folk Material for the Netherlands Radio Chamber Orchestra/Thierry Fischer. This work was given its premiere in the Amsterdam Concertgebouw in 2006 and received a second performance in 2012 with the BBC Scottish Symphony Orchestra, conducted by Ilan Volkov. He was subsequently commissioned by the BBC to compose a new orchestral work for the BBCSSO and Volkov; Cobbled Section After Cobbled Section was premiered at Tectonics Festival, Glasgow in 2016.

In 2017 Pieces About Art, for EXAUDI vocal ensemble, was selected for inclusion in the PRS Foundation's New Music Biennial, with performances in London and in Hull, as part of Hull UK City of Culture 2017. In 2019 the Risør Kammermusikkfest in Norway commissioned Song for Europe, a 30-minute work for the Norwegian vocalist Susanna Wallumrød and the Swedish double bassist Dan Styffe.

Forthcoming projects include a new song cycle for soprano Juliet Fraser and pianist Mark Knoop in 2021, an extended work for the members of the ‘Performing Precarity’ project, to be presented in 2022 at the ECLAT Festival, Stuttgart, and a piece for the Norwegian clarinettist Rolf Borch and the Cikada Ensemble.

In 2018 he composed the soundtrack for Beatrice Gibson’s film Deux Soeurs Qui Ne Sont Pas Soeurs, a collaboration that was supported by the Borealis Festival for Experimental Music in Bergen and subsequently featured in a show of Gibson's work at Camden Arts Centre in London, for which Crane also curated a series of satellite events.

The film maker Jayne Parker made the film Arc in 2008, based on a performance by Anton Lukoszevieze of Raimondas Rumsas, Crane’s work for solo cello with curved bow. This film was shown at the London Film Festival in 2008 and at the Royal Academy Summer Show in 2012. Raimondas Rumsas is also the subject of a performance film by Federico Urdaneta, made in 2014 and featuring the cellist Oliver Coates.

Ullrich 1 & 2 was presented by the BBC at the International Rostrum of Composers in Paris in 2007 and Octet was shortlisted for the 2008 Royal Philharmonic Society award for chamber-scale composition. In 2017 Laurence was the recipient of a 3-year Paul Hamlyn Foundation Award.

His music has been regularly broadcast all over the world and in the UK has been featured on BBC Radio 3 and on BBC 6 Music. His work appears on numerous CDs and portrait discs have been recorded by Michael Finnissy (Metier), Apartment House (Another Timbre), Cikada Ensemble (Lawo Classics), asamisimasa (Hubro) and Ives Ensemble (Nimbus Alliance).

Since 2010 Laurence has been on the teaching staff in the composition department at the Guildhall School of Music and Drama in London and has been a visiting speaker to other composition departments, including those at Birmingham Conservatoire, Birmingham University, Royal Academy of Music, Royal College of Music, Trinity Laban Conservatoire, Bath Spa University, Durham University, Southampton University, Huddersfield University and The Royal Conservatory at The Hague in The Netherlands. In 2013 he was one of the teaching mentors on ‘Composer’s Kitchen’, Quatuor Bozzini’s workshop for young composers that takes place every year in Montreal. Since 2019 he has been part of 'Performing Precarity', a three-year research project led by pianist Ellen Ugelvik and based at the Norwegian Academy of Music in Oslo.